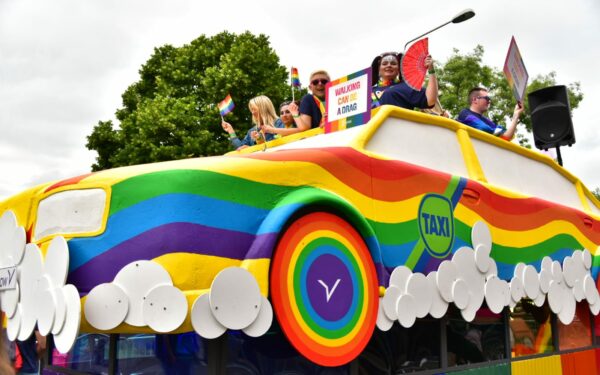 We worked with FREE NOW (mytaxi at the time) to help them with their first Pride Parade appearance – both on the ground and through social media.

We tapped into the insight that Irish people are known for their humor, fruitful language and artistic flare when it comes to posters for significant parades and marches.

We used this to drive our ‘Busta-Line, Ride With Pride’ social contest that asked the public to share their best Pride poster slogan for a chance to ride in the FREE NOW float along with winning some other goodies.

We promoted the contest in the lead up to Pride through a series of bespoke MP4’s, pushed out across FREE NOW’s social channels. For further reach and engagement we applied media spend zoning in on our campaign target.

After many entries and much deliberation ‘Walking can be a drag’ was crowned the winner. The winning poster was displayed across FREE NOW’s channels and on the float at the Pride Parade.

Planning a Digital or Social Campaign