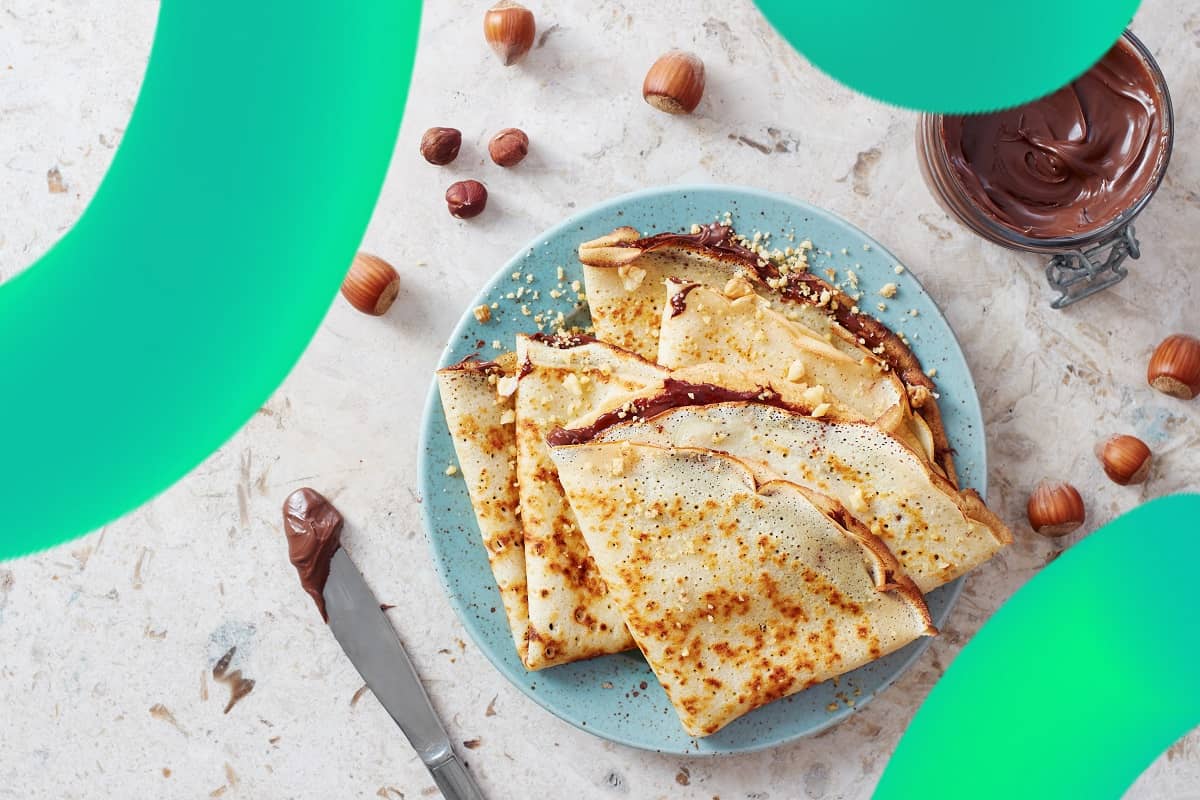 We’re still recovering from the joys of Pancake Tuesday, where many excessive toppings were used to great effect in the Verve offices. This specific tradition dates back to the 1500s but the idea of a celebration before the fasting period of Lent begins dates back several hundred years, mostly as an excellent way of using foodstuffs which would be off the menu for the next 40 days. 500 years later, we still spend the day before Ash Wednesday covering these very flat cakes in a variety of sweet and savoury substances!

It’s also a popular way to activate your brand, with #PancakeDay trending worldwide. Here’s a look at a few major activations and some fun examples from around the world.

It’s no huge surprise that Pancake Tuesday is a big deal for this eminently spreadable brand but Nutella went big this year with a £1.4 million media investment in ads across TV, social media and streaming. Almost 20 percent of Nutella sales happen on Pancake Day, according to owner Ferrero, and it’s the ideal item to pick up at your local shop. An Alexa skill for Nutella recipes and socially shareable dinosaur pancake designs are also in the mix.

To add an extra dollop of goodness, Nutella is also opening a Syrup Swap Shop Pop-up in New York City at Grand Central Station on February 29th. All you have to do is pop in with a bottle of syrup to get some delicious pancakes and a 13 ounce jar of the spread. This coincides with Mardi Gras, making for a whole day of celebration, and an indelible connection between pancakes and Nutella.

Out with the old and in with #Nutella. Today’s #PancakeDay and we want to see how you swap out syrup for Nutella. Share your special breakfast with us using #SyrupSwap! pic.twitter.com/0s8reGNESJ

Next to a huge campaign like Nutella, there’s always room for something a little light hearted. Innocent, a company known for its playful tone in comms and even on their bottles, went for a message which allowed them to be part of the conversation and retained that edge. You could opt to pour their sparkling lemon and lime drink on your pancakes, but it might not turn out so well!

Instead of pouring lemon juice on your pancakes, why not use our sparkling lemon and lime bubbles?

It won't go with them at all but we don’t sell lemon juice so this is the best we can do under the circumstances.#PancakeDay pic.twitter.com/yfnmG40Dgc

The ferociously fast food outlet kicked off early with pancakes available from 5am on Tuesday February 25th and they made the excellent decision to extend their availability well beyond the normal breakfast window, right up to midnight! They also partnered with Uber Eats to offer free delivery on the app with a special code and minimum spend – so you could legitimately order six pancakes and have them biked to you in time for lunch!

The finger licking chicken folks didn’t have a Pancake Tuesday campaign themselves but, true to form, they got some good engagement by bringing a dose of reality to a tweet from fashion brand Misguided. The UK based retailer was looking to find out how people served up their pancakes, including some basic classics, all the way up to serious decadence. And right in the middle was a stack of pancakes covered in gravy.
KFC was having none of it.

Even we think gravy on pancakes is absolutely ridiculous... #PancakeDay https://t.co/u2TtqiGcjR

How about a dose of history? Here’s a look at a cook book from the 1500s, with the brilliant title of ‘The Good Huswifes Jewell’, which features a recipe for some jolly good pancakes. It’s a recipe which would still hold up today, including a pinch of ginger which might be something we’ll try ourselves next year!

Happy #PancakeDay these recipes are taken from a 16th century cookery book entitled, 'The Good Huswifes Jewell'. The late 16th century was the first time that cookery books began to be published and acquired with any sort of regularity.https://t.co/v0ZtOpnPrC pic.twitter.com/ylWbLV9Zn4

If you happened to be out and about in the UK yesterday, you might have noticed this fun nod to the celebration of the day, with central London station St. Pancras renamed to St. Pancakes for the day on all boards!

And what would a Pancake Tuesday be without some incredible batter art. How do they do these?!

These may not be birdseed pancakes, but we still think our friend @BigBird would love them! #PancakeDay pic.twitter.com/N5SHxVRkk4

#PancakeDay really crêped up on us! Luckily, Harry is an expert cook! Which pancake are you eating? pic.twitter.com/44w0T3tBBu

It's National #PancakeDay AND @ladygaga is giving us #StupidLove on Friday so here she is as a pancake!!!!