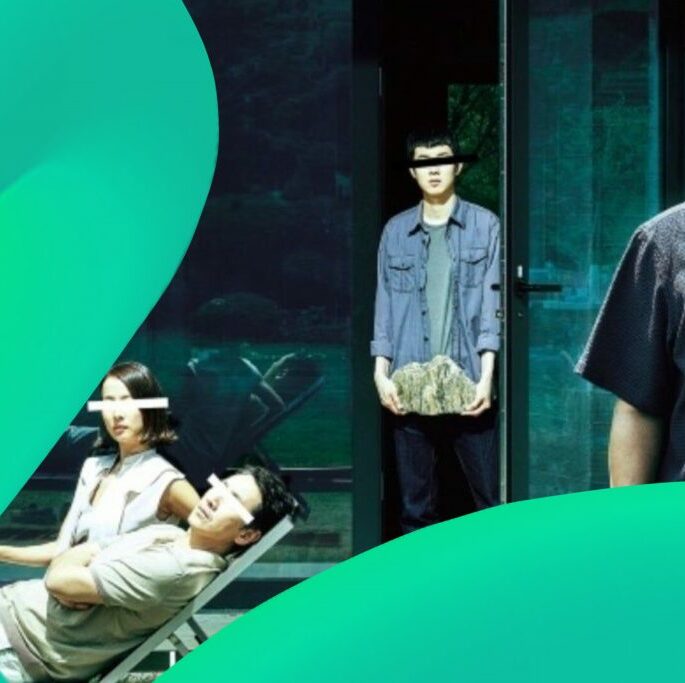 South Korean thriller Parasite has triumphed at the Oscars, winning four golden statuettes out of six nominations. The win for International Feature Film was all but a foregone conclusion, even though it still marks the first Oscar nomination and win for a South Korean feature, with 2018’s much-feted Burning only making it to the shortlist.

An award for Original Screenplay is notable, as is Bong Joon Ho picking up the Oscar for Best Director but the big win of the night was certainly when Jane Fonda announced that Parasite had won Best Picture. Not only is it the first South Korean film to attain this honour but it is also the first film not in the English language to ever win the top prize.

It’s an historic moment for the awards, which will hopefully open up the American market to more subtitled options and more diverse offerings in the future.

Parasite’s domestic release in the States is also a triumph for distributor Neon. The indie outfit has been on the rise since its launch in 2017, working on titles including I, Tonya, Three Identical Strangers and 2020 Oscar nominees Apollo 11 and Honeyland.

After a huge response to the premiere of Parasite at Cannes in May 2019, Neon picked up the film at the American Film Market in October. Company founder Tom Quinn had worked with Bong on his English language debut Snowpiercer and Okja and their third collaboration bore serious fruit, with the film earning almost $170 million worldwide to date, $35 million of that in America alone, second only to its native South Korea [figures – Box Office Mojo 10/02/20).

How did Neon manage to break into the mainstream? With a creative marketing strategy which leveraged the early festival successes of the film into an impressive campaign.

Initially coming out of Cannes, Neon only had access to half of Parasite for their trailer. They turned this to their advantage by taking cues from one of the greats – Alfred Hitchcock, according to Deadline.

“We looked back at how Hitchcock released his movies, and (producer) William Castle, we tapped into that to give this film its own voice.”

That means working on building tension and mystery rather than going big on the shocking events of the final third of the film. Spoilers were avoided, leaving the twists to be revealed to the audiences, helping to build word of mouth.

Here’s a look at that first teaser.

Director Bong Joon Ho was heavily involved in every step of bringing Parasite to a global audience, which included being there in the edit suite when the trailer was being assembled. Every detail was carefully calibrated, right down to choosing the text and pull quotes which acted as a siren call to audiences.

This includes highlighting Bong’s English-language releases in recent years like Snowpiercer and Netflix film Okja which would likely resonate with viewers. The pull quotes slowly ramp up the mystery of the piece, bringing attention to the shifting nature of the film, calling it a masterpiece and Indiewire proclaiming the film a ‘magic trick’.

It’s all about leading audiences to experience the reveal of the trick on the big screen.

Expanding the Mystery on Social

Parasite launched with eye catching social materials including enticing grid takeovers on Instagram and short, sharp videos ads with interlocking storylines. YouTube assets managed over 20 million views since October 2019, with each subsequent win during awards season boosting it to more screenings and more audiences across the US.

Perhaps the greatest lesson to be learned from the marketing, release and now awards attention for Parasite can be seen in the below quote from Neon Chief Marketing Officer Christian Parkes:

“We didn’t look at this movie as a foreign film. We looked at this as a best picture contender. And when we looked at the film in that context, it removed any barriers.” [Deadline]

Bong Joon Ho made a world class film which had the potential to be embraced by all, and Neon used their expertise to ensure that as many people as possible became aware of Parasite, and rode the wave of word of mouth and clever marketing to box office and Oscar glory.

As the director famously said at this years Golden Globes:

“Once you overcome the 1-inch-tall barrier of subtitles, you will be introduced to so many more amazing films.”