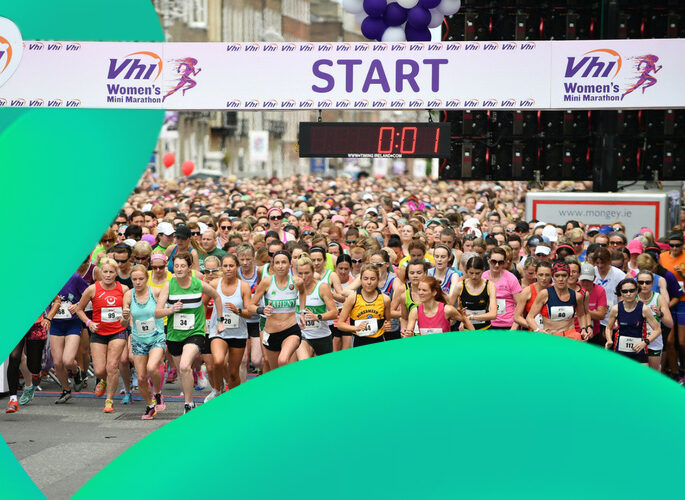 Sporting events are great opportunities for brands to engage and interact with participants. Typically marathons have thousands of entrants so it’s an ideal time for brands to get their product or service in front of an athletic audience. Here’s our round up of cool brand activations at marathons.

Last year at the Boston Marathon, Adidas combined RFID data with specially placed cameras throughout the course to automatically generate 30,000 personalised videos for race goers. Each video was branded, and told the story of each individual’s race by stitching together footage of runners at certain points during the race and timing information. A really great idea that was perfect shareable content post race.

The Vhi Women’s Mini Marathon is the world’s largest female only sporting event. It’s an iconic 10km route that snakes through Dublin City. At 8km, Vhi wanted to give runners an extra motivational boost by displaying pre-collected personalised messages at the exact moment runners approached Europe’s largest transportable LED screen. The system worked by associating messages with the RFID chips in each person’s race number. Nearly 5000 people had messages displayed to them in real time. Proud to call this one on of our own campaigns here in Verve.

This year for the Boston Marathon on April 15, the popular shoe brand, Saucony known for its quirky collaborations, joined hands with Dunkin’ Donuts for the second time to come up with a branded running shoe. This time Saucony’s Kinvara 10 was given a makeover with Dunkin’ Donuts brand identity. With last year’s collab design selling out instantly, Dunkin’ x Saucony are available to buy online and in store for $120. If you see those donut runners, don’t be surprised!

Asics took over the runners expo at the 2019 Schneider Electric Paris Marathon. Essentially the team at ASICS decided to open a full store at the expo that would put most high street stores to shame. They engaged over 50,000 race goers by providing gate tests, fitness assessments and of course the opportunity to purchase ASICS merchandise including the custom Paris ASICS Nimbus Gel running shoe. ASICS also gave each race goer the option to purchase their own personalised finish line video with their name and race time overlayed on the footage after they had completed the race.

For the 2017 Skechers Performance Los Angeles Marathon, the brand used a variety of Snapchat Geofilters. The unique filters appeared along the 26 mile track at different hotspots. Skechers with over 40 filters tried to make the campaign a self-achieving event and persuaded the runners to post pictures with the filters. What made this campaign noteworthy from others was the scale at which it was launched on a single location which gave a chance to the participants to digitally interact with the brand at the event in a whole new way.

LOOKING FOR WAYS TO ENGAGE YOUR BRAND WITH CUSTOMERS, GET IN TOUCH HERE.