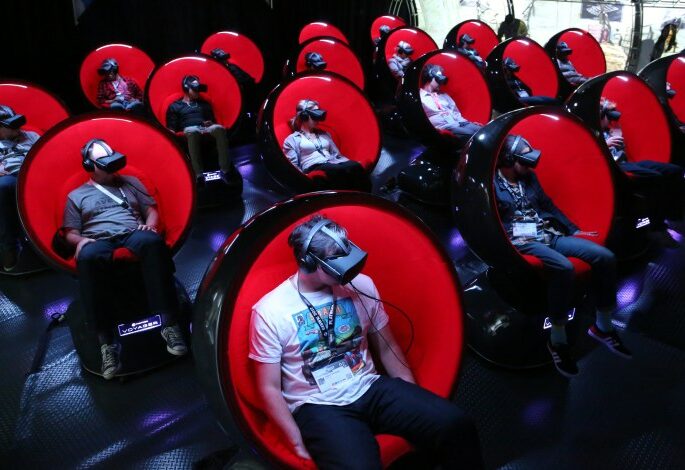 Every year, SXSW Festival in Austin gets bigger and better. Starting as a humble music festival in the late 1980s, SXSW now has three branches – Film, Music and Interactive. Over the years, SXSW has built a reputation for launching the careers of many musicians, filmmakers and start-up CEOs, and has become the ultimate playground for marketers who want to get their product onto a world stage.

Without a doubt, marketers bring their A-game to Austin, so we take a look at some of our favourite product activations of SXSW 2017.

The pop-up activation brought the beach to Texas by using a giant surfing simulator, surf lounge, custom sneaker art bar, live street art, beer garden and food trucks inspired by the show. The activation was cool and functional, while providing a hang-out spot for festival-goers.

To promote the upcoming blockbuster The Mummy starring Tom Cruise, Universal Pictures treated fans to an epic group VR experience like no one has ever seen.

A room of fans got the chance to experience the sensation of zero gravity when they relived a scene from the film in which an airplane crashes. While the headsets used were standard Oculus Rifts, what made the experience an immersive success was the use of the brand new Positron Voyager chair – which creators hope will become commonplace in movie theatres in years to come.

VR being used to promote new movies and TV shows is relatively common, but this activation brought the medium to new dizzying heights.

The big winner in marketing at SXSW wasn’t a tech giant or cool sports brand, but a humble mattress company. The e-commerce company has been much-lauded for its ease of ordering, online presence, and the comfort of their product – so at SXSW they took comfort to the next level.

Casper teamed up with Standard Hotel’s One:Night app for a promotion in downtown Austin. Every day, One:Night released 20 hotel rooms for just $99 each (usually priced between $250–$1,200 per night). Each room was fitted with Casper mattresses and pillows, slippers and car service. You could even book your own “mom” to come and read you a bedtime story. Each property was also hosting unofficial SXSW parties! You got all this for just a fraction of what you’d usually pay for accommodation at SXSW. This activation was particularly useful, as many were stranded in Austin when storms meant that airlines cancelled several flights out of the city.

For those who didn’t get a room, Casper were also offering 45-minute “Refresh Rooms” that visitors could book and take a nap in throughout the day.

Hulu turned heads on the streets of Austin with a simple but hugely effective activation to promote their new TV series The Handmaid’s Tale.

They recruited some creepy “handmaids” clad in the same attire as the series characters and had them march around the festival, chanting “don’t let the bastards grind you down” repeatedly.

The mechanic was simple and cost-effective, but became one of the most tweeted about activations of SXSW.

Visitors were put through their paces, being tested on fitness and flexibility, as well decision making in team sports using the latest VR. The activation was hugely beneficial to visitors, leaving them with a deeper understanding of their physical ability and areas they need to improve on, while the brand further established itself as a must-have for athletes. It was a win/win.

Find out how Verve can help activate your brand.

Sampling Is Back And Better Than Ever!

The Impact Brand Sponsorships Have on Women’s Sports

Sampling Is Back And Better Than Ever!

The Impact Brand Sponsorships Have on Women’s Sports